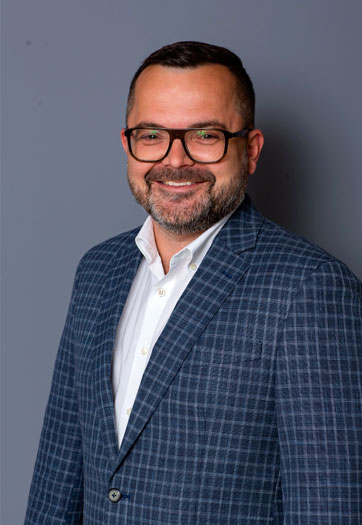 MUDr. Radek Lhotský is a certified plastic surgeon with many years of experience in the field of plastic and aesthetic surgery. He specializes in aesthetic plastic surgery, reconstructive surgery and hand surgery. He worked as a secondary doctor in the UK, first in perioperative patient care at several private hospitals and then at the Plastic Surgery and Burns Clinic of Wythenshawe Hospital in Manchester.

Plastic and aesthetic surgery is a field largely based on mutual trust between the patient and the doctor. Satisfaction with the result can be achieved only with predetermined realistic expectations of both sides. In a partnership dialogue with the client, I always try to achieve the most natural and functional result of the operation, taking into account the client’s wishes and possibilities with respect to the situation and the health of the patient.

MUDr. Radek Lhotský has completed a number of professional study stays, internships and courses, which have enabled him to deepen and to expand the knowledge acquired during the study of medicine and subsequent practice. The most interesting experiences are, for example, an internship at the University Hospital in Rotterdam in the Netherlands or an internship at the private clinic of aesthetic plastic surgery Dr. Tonnard and Dr. Verpaele in Ghent, Belgium.