MUDr. Lucie Zárubová is one of the most sought-after plastic surgeons for breast surgery in the Czech Republic. She is a world-class breast oncosurgery specialist, lecturing at international and Czech plastic surgery congresses. 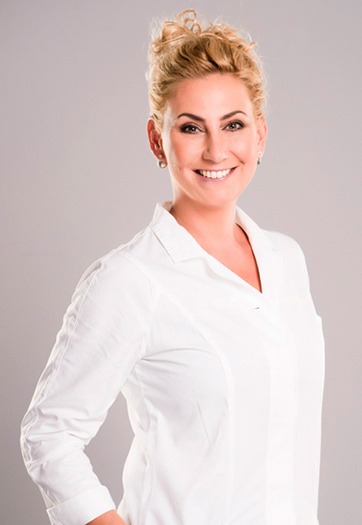 Reaugmentation due to implant rupture

I went to reaugmentation after 13 years due to the rupture of one implant. First I chose an operating surgeon, Dr. Zarubova was a clear choice, she has a lot of experience not only with breast augmentation, but also with oncosurgery. In addition, they were very forthcoming at the Premier Clinic and gave me an appointment as soon as possible. On the doctor’s recommendation, I chose Ergonomix breast implants by Motiva. I am very satisfied, the breasts are excellent, palpably there is no difference and they look very natural.

Correction, one year after augmentation due to the weight of the implants

A year ago, I underwent Breast Augmentation at the Premier Clinic. Unfortunately, my body did not support the weight of the implants and this year I had to undergo a second operation with correction. The breasts are beautiful again and Dr. Zárubová did a great job again. I have Motiva implants round 300ml medium profile.

14 days ago, I underwent breast augmentation by Dr. Zárubová, who did a great job as well as the whole team at the Premier Clinic. I hesitated for a long time, but after 2 children I was not satisfied with myself and now I really do not regret the decision. After consulting with the doctor, I decided for Motiva round Demi implants profile 340 ml under the muscle and the result is beautiful. The first 4 days after the operation were very painful, but fortunately the worst has passed and now I feel pain only exceptionally. Healing will take longer, but I am already looking forward to buying new underwear :-).